Stem cells have shown tremendous promise for understanding and treating a range of intractable diseases, injuries and other health-related conditions. Clinical trials involving stem cells are underway for many conditions, and each day moves researchers closer to another medical breakthrough.

We examined the reports of clinical trials in the NIH  ClinicalTrials.gov  and European databases to classify them by stem cell type and disease application.

We searched for clinical trial data published in peer-reviewed journals and sought out publically available information on trials performed by companies. Data for some studies are regularly published, but for many trials data are unavailable or not easily accessed. Given the relative immaturity of the cell therapy field, it is important to know the outcomes of early clinical trials to help guide others in the processes.

MSCs for Liver Disease and Diabetes

Liver in end stage liver disease (cirrhosis) due to hepatitis B and C and alcoholic and cryptogenic causes showed some response in function as assessed by changes in creatinine, serum albumin, and bilirubin in response to autologous MSCs (El-Ansary et al., 2012, Kharaziha et al., 2009).

The anti-fibrotic effects of autologous MSCs (which were 50 million MSCs administered on two occasions 4 weeks apart) were explored in patients with alcoholic liver cirrhosis (Jang et al., 2014). Improvements in histological liver biopsy samples were observed in 55% patients as well as some change in type-1 collagen and α-smooth muscle actin.

Diabetes is classified into two main types (type 1 and type 2) which both lead to hyperglycemia .

Over the years, there have been attempts to cure diabetes by using methods like replacing b-cells through transplants, by increasing b-cell replication, by reducing the death of b-cells and by deriving new b-cells from other cells.

Autologous Mesenchymal stem cells (MSCs) are self-renewing multipotent cells that have the capacity to secrete multiple biologic factors that can restore and repair injured tissues.

It is known that MSCs play a crucial role in healing damaged tissues. They can differentiate to replace the dead cells as well as secrete stimulant factors to activate surrounding cells in the microenvironment, enhancing the tissue repair process. Therefore, MSCs can be applied to treat tissues impaired by chronic hyperglycemia. MSC transplantation can increase beta cell mass via the following effects:

(3) reduction or prevention of autoimmunity to beta cells. Immunomodulatory and inflammatory effects of MSCs also contribute to the reduction of insulin resistance.

Clinical studies are underway using MSCs in patients with diabetes.

It is known that MSCs play a crucial role in healing damaged tissues. They can differentiate to replace the dead cells as well as secrete stimulant factors to activate surrounding cells in the microenvironment, enhancing the tissue repair process

The recent progress in regenerative medicine, especially stem cell therapy, has suggested several novel and potential cures for (Diabetes Type 1) T1D. Autologous mesenchymal stem cell (MSC) based cell therapy is among one of them. MSCs are a type of adult stem cells residing in bone marrow, adipose tissue, umbilical cord blood, and many other tissues. MSCs, with self-renewal potential and transdifferentiation capability, can be expanded in vitro and directed to various cell lineages with relatively less efforts. MSCs have well-characterized hypoimmunogenicity and immunomodulatory effect. All these features make MSCs attractive for treating T1D.

Our observations indicate that SCT is a safe and effective modality of treatment to improve beta-cell function in patients with T2DM.

Feasibility and safety were confirmed, and strong indications of clinical efficacy were identified. Patients exhibited rapid and progressive improvement of algofunctional indices that approached 65% to 78% by 1 year. MSC therapy may be a valid alternative treatment for chronic knee osteoarthritis. The intervention is simple, does not require hospitalization or surgery, provides pain relief, and significantly improves cartilage quality.

Intra-articular injection of MSCs in osteoarthritic patients resulted in strong improvement in cartilage coverage and quality in the vast majority of treated cases (Orozco et al., 2013)

Patients with severe back pain due to degenerative disc disease improved dramatically, with 71% of optimal efficiency in the improvement of clinical parameters of pain and disability, but without disc height recovery (Orozco et al., 2011).

Mesoblast has also reported the benefits of a single injection of MSCs (6 or 18 million) in a randomized, placebo-controlled phase II study of 100 patients with chronic low back pain due to degenerative disc disease. A single injection of 6 million MSCs gave substantial and sustained pain relief with 48% having no or minimal pain after 24 months compared with only 13% of patients without pain who received saline control injections (Mesoblast, 2015)

In 2016, Haahr et al from Denmark reported on the safety and potential effect of a stem cells  injection of autologous ADSCs

Autologous autologous mesenchymal stem cells were safely given to patients with secondary progressive multiple sclerosis in our study. The evidence of structural, functional, and physiological improvement after treatment in some visual endpoints is suggestive of neuroprotection.

Brain, nervous system, heart, circulation, muscles, joints, reproductive system, digestion and skin are some areas of the body that are targeted by chronic Lyme disease. Sometimes symptoms take even years to develop and it is impossible to predict when they might appear. These difficulties are very hard to resolve, leaving a patient in pain and disabled for regular daily activities.

New stem cell therapy is a discovery that is extremely helpful to all the Lyme disease patients whose condition progressed and left them with damage that causes symptoms that cannot be solved.

. They are a part of a repair system and during this procedure they are enriched and their number enlarged, which is why they are able to rebuild damaged areas inside organism more, in a completely natural way, reversing the symptoms of a condition.

During past few years a considerable progress in stem cell-based strategies whole body regeneration have been proposed as future clinical therapies.

Currently, most procedures involve injections of  stem cells to  peripheral blood like a blood transfusions.

When stem cells are infused into the patient, they are administered through an intravenous catheter (IV) just like a blood transfusion.

A stem cell specialist will begin the evaluation by reviewing your medical record and history, performing anti-aging treatment he will recommend a treatment plan.

Before being admitted to the clinic, you will have laboratory and other diagnostic tests to determine if you have normal function of the heart, lungs, kidney and liver and that you do not have an undiagnosed infection. Most of these tests will be done as an outpatient before you are admitted to the clinic, but others may need to be completed after you are admitted for treatment.

When stem cells are infused into the patient, they are administered through an intravenous catheter (IV) or central venous catheter, just like a blood transfusion .

It is expected strengthening the regenerative abilities of the body, improving of  all functions of organs and tissues and repairing of  pathologically damaged tissues, rejuvenate body.

The approximate maximum of stem cell efficiency is 2 months after injection with the subsequent long-term effect.

It is recommended do not use antibiotics for several weeks after stem cells injections.

It is not recommended to visit  sauna for 1-2 weeks,  avoid  strong physical activity, stresses and any kind of trauma within 2 months after stem cells  injections. 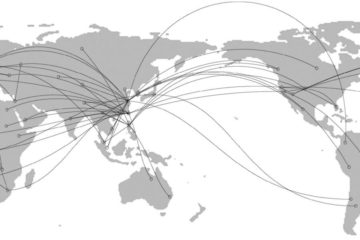 Cost of Stem Cell Therapy in Ukraine For Parkinson 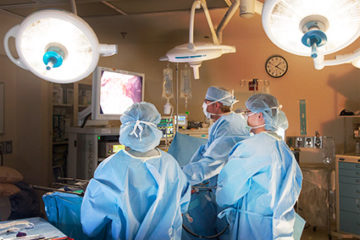 Cost of Stem Cell Therapy in Ukraine For Asthma

Cost of Stem Cell Therapy in Ukraine For Asthma 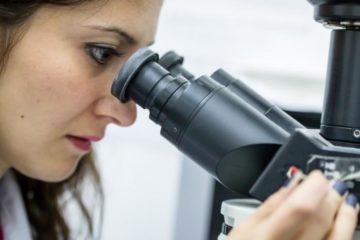 Stem Cell Therapy interview Question: “Some doctors giving the stem cells did not give any warning about vaccinations but I have read   from patients and patients’ parents of conditions deteriorating after the patient received a Read more…