– The existence of stem cells (the precursors of cells of all tissues of the body) was known at the beginning of the last century. però, almost 50 years passed before they were found in the bone marrow, they learned how to isolate and use in treatment.
Later it was found out that there are the same cells in tissues that are utilized in labor (cord blood or placenta) or they can be obtained from so-called mobilized blood – an adult receives special drugs that cause the release of blood stem cell precursors (hematopoietic cells) into peripheral blood.

At first these stem cells were intended for the treatment of oncohematological diseases. But it turned out that they know how to do many other useful things – to accelerate the growth of blood vessels, to facilitate the healing of wounds, the fusion of bone fractures, eccetera.

Allo stesso tempo, scientists drew attention to embryonic (germinal) cellule – those that are present only in very early stages of embryo development (il primo 5-7 days of pregnancy). In the 1990s, there was a boom in their application.

In nature, hematopoietic and mesenchymal cells are natural regulators of the immune system. Their task is to suppress the immune response, o, on the contrary, to stimulate it. And in the clinic, stem cells are especially valuable in that they have a paracrine effect (a couple – in giro, around themselves) – getting into the inflammatory focus, they excrete substances that reduce it, as if informing the body that there is no need to send immune cells there. 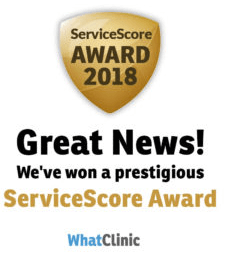 Utilizzo di terapia con cellule staminali for type I diabetes slows the progression of the disease on average for half a year: the level of glycosylated hemoglobin decreases and patients can drop insulin or reduce their dose. This is very important for children, because for the formation of the body and growth is a long time.

– Why? After all, if you take the same resident liver cells, surely they will be better able to treat the liver?

– Resident cells are not so differentiated that they can be used to treat only one organ. Per esempio, we received liver stem cells, pushed for differentiation and received not only hepatocyte-like cells, but also cartilaginous, bone and adipose tissue-like cells. Another thing is that it is easier to push them to develop a hepatocyte. But the fact that the resident stem cell is easier to differentiate for the treatment of the organ from which it is removed is important: it is easiest to get adipocytes from adipose tissue, the bone marrow is mainly cartilaginous and bone cells.

– How do stem cells enter the patient’s body during treatment?

– The isolated cells are placed in a specialized culture medium that does not contain animal products, ideally the media must conform to GMP standards. Before being sent to the clinic, the cells are carefully washed from the environment and prepared in accordance with the doctor’s recommendations, which will introduce them: he informs us in what form he needs cells, the simplest one is a suspension in saline solution.

Depending on the pathology, the doctor chooses the method of introducing the cells – this can be either a systemic intravenous injection or a local one into the pathological area. Per esempio, in the spinal canal cells are introduced when the peripheral nervous system is damaged (spinal trauma, sclerosi multipla, brain hypoxia). Intracoronary administration is performed during angiography in the area of ​​cardiac ischemia, intraarticularly – into the inflamed joint. In the treatment of hepatitis, cirrhosis can be administered, either systemically or locally (in a portal vein or under a capsule of the liver), in any case from 30% of the injected cells settle in the organ. When eye diseases are applied periorbital administration – in the eye.