The most creative event of the CIS became Medical Conference

Unexpected were the results of the international festival event-projects “Eventarizatsiya 2010″, held at the XI Kiev International Advertising Festival. Instead of the traditionally evolved corporate events and entertainment shows, the highest in the CIS event-industry awards won medical conference «Yalta NeuroSummit: Current Aspects of Practical Neurology,” the best version of a mainstream festival event of the CIS. In addition to the “Goodwin d'oro,” doctors and won the second prestigious award, Special Jury Prize “For the best creative solution” and was awarded a nomination for the Grand Prix of the festival (in 2010 the winner was never determined). It is noteworthy that this is the first in the history of the contest win medical interventions, and other candidate in this nomination was a big-budget New Year company Procter & Gamble.

“The competitive project” NeyroGamlet: Conferenze mediche in Ucraina – to be or not to be “has become one of the most discussed among the jury. Nobody expected that scientific activity can be done with the charge of creativity. Surprising is that having a fairly modest budget, the organizers were able to so subtly reflect the medical specifics and make a really outstanding event, “- said the president of the festival” Eventarizatsiya “Roman Sokolov.

In Yalta NeuroSummit innovations have become not only a scientific and educational components, but also the cultural program of the event. Opening Ceremony has been implemented in the form of thematic evenings Hamlet-party. Creative premise of the program, beating around the image of Hamlet reflects feat neurologist. Like the hero of Shakespeare’s day they settle the question “To be or not to be” to save from death in patients with stroke.

“An unprecedented cultural program we aim to give doctors an additional incentive to attend the conference and meet tough requirements of our educational certification” – said president of the Ukrainian Medical Association Vadim Aristov, MD / MBA – «We consistently strive to increase the prestige of the medical profession, and one of the means – visible in society and motivate physicians event. ”

The main component of its success to representatives of the Ukrainian Medical Association and was named the agency MEDucation Events support and honest criticism of the mouth ready for innovation managers of pharmaceutical companies. Conference sponsors who have supported innovation Yalta NeuroSummit, organizers announced colleagues win, and appealed to the administration of the festival with a request to make Eventarizatsiya copies of the “Golden Goodwin.” They will be the main sponsor of the conference company Nycomed, the main sponsors of Schwarz Pharma, Ever Neuro pharma (Ebewe), Naturprodukt, sì, and the sponsors of Teva, Zdravo, Arterium, B-Pharma, Mepha, Gedeon Richter, Artur-K, villaggio Kapitanivka, Wörwag.

Recall that innovative medical conference «Yalta NeuroSummit: modern aspects of the practice of neurology” was first held in September 2009 in Yalta-Intourist Hotel. The event, attended by more than 300 participants were presented 26 reports (including foreign). Among the classical medical interventions Yalta NeuroSummit stood out for its innovations: conduct clinical multimedia parse using interactive voting keypads, testing the outcome of knowledge within the framework of continuing medical education MIND (CME-UMA), using unconventional methods of stimulation visiting sections. Unlike the traditional approach, CME-UMA certificates are issued not to register for the symposium, and for testing the MRE recorded on each report.

In 2010 the festival was presented 87 works from 32 private organizers. In order to achieve objectivity and independence, the judging system formed with the participation of many players in the market, achieving the similarities with the famous system of the International Advertising Festival Cannes Lions. Di 80% of the participants of the festival for three years, have not received any jury award. Beginning in 2010, the festival “Eventarizatsiya” held as part of the Kiev International Advertising Festival (KIAF). Audit conducts refereeing Ukrainian Advertising Coalition (WRC).

Ukrainian Medical Association (UMA) was established in 2002 as an all-Ukrainian public organization with nonprofit status. The aim of UMA is to reform the Ukrainian medicine through the transformation of medical education and the introduction of global best practices in key sectors of the healthcare market (medical media and event-based communications, Programma di audit interno di qualità/GMP, test clinici, eccetera.).

During its existence, UMA has released a series of memoranda, claiming the role of industry standards: Stream of Ethics (on the ethical dissemination of medical information) and the Double Helix (on how to guarantee advertising effectiveness for the sake of nezaangazhirovannosti media).

The main achievements of the mind in the field of medical education today:

• Together with the Center for testing the Ministry of Health implemented two social campaigns;

• an information system Croc result of remote access to estimates of the exam through which passed thousands of young doctors;

• created an electronic resource, “National Crock-portal” dedicated to the medical licensing exam Kroc, and portal MEDucation, which grew hundreds of thousands of young doctors of the CIS;

• organized by an independent program of continuing medical education MIND (CME-UMA), which is characterized by a series of progressive change from the program implemented by the Ministry of Health.

Mind in the organization Yalta NeuroSummit acted as an educational auditing, research and marketing project management, while the agency MEDucation Events take over the functions of creative event-agency, content creation (Clinical Reviews, questions testing), technical operations and functions of the Sales-house.

Agency MEDucation Events is a division of MEDucation Group – Group medkommunikatsionnyh startups, which since 2008 has been developing innovative technologies and products in the medical media, medical, game events, assessment of knowledge through testing. The next project will be the launch of the medical journal «CJ Cardio. Canadian Journal of Cardiology. ”

It is planned that innovative medical conference «Yalta NeuroSummit: modern aspects of the practice of neurology,” will become an annual event. In 2010, she held on September 16-19, in 2011, its implementation is scheduled for September 15-18. 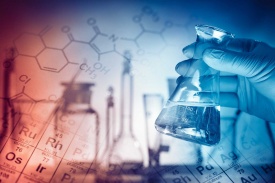